Since the G20 has evolved to encompass more than economic and financial topics, we hope the representation of the USA is fair and open-minded, showcasing an attitude and initiative that seeks to strengthen ties worldwide. Additionally, we hope that if topics such as health crises, immigration, and climate change are addressed, that the vision that WE are as responsible for improving conditions of lives and the planet as is every other nation and that the personal views of our current leader do not overshadow what our country truly stands for: a democracy with the intent to allow its people to live free and healthy and safe lives. We (as Flaunt) cannot support any viewpoint that discriminates against anyone. After all, are not we all humans and are not most of us descendants of an immigrant people?

Do you think that G20 is worth it?

The concept of G20 is definitely worth it. But the fear I have is our (US) delegate may steer things with his own agenda which, history shows is self-centered and not representative of the overall US vision or the world-embracing vision of the rest of the G20.

Would you say that your record is political?

The album SPECTRA is not directly political. There are a couple of songs on the album that deal with being an outsider or being the „little guy“… for example SMALL was written in NYC where seemingly no one matters… we pass each other by in these huge crowds and other people have no idea what any of could be going through. So as I was getting shoved around and then, in the ethics conference, being made to feel like my view is less important than the so-called expert on the panel just reeled with me. So I took a pen and wrote the lyrics on a napkin. „You could be rubbing shoulders with greatness“ – a line from the song – sums it all up. You have no idea who I am or what I stand for… just because I am not bloviating and showboating doesn’t mean my views, my very personhood, has value. We are a democracy, after all.

How come that you have joined an ethics conference?

The conference was a medical ethics, specifically neonatal ethics, a topic that is very fascinating and full of controversy too, for example, at which gestational age is it appropriate to resuscitate a newborn premature infant. Fascinating stuff! 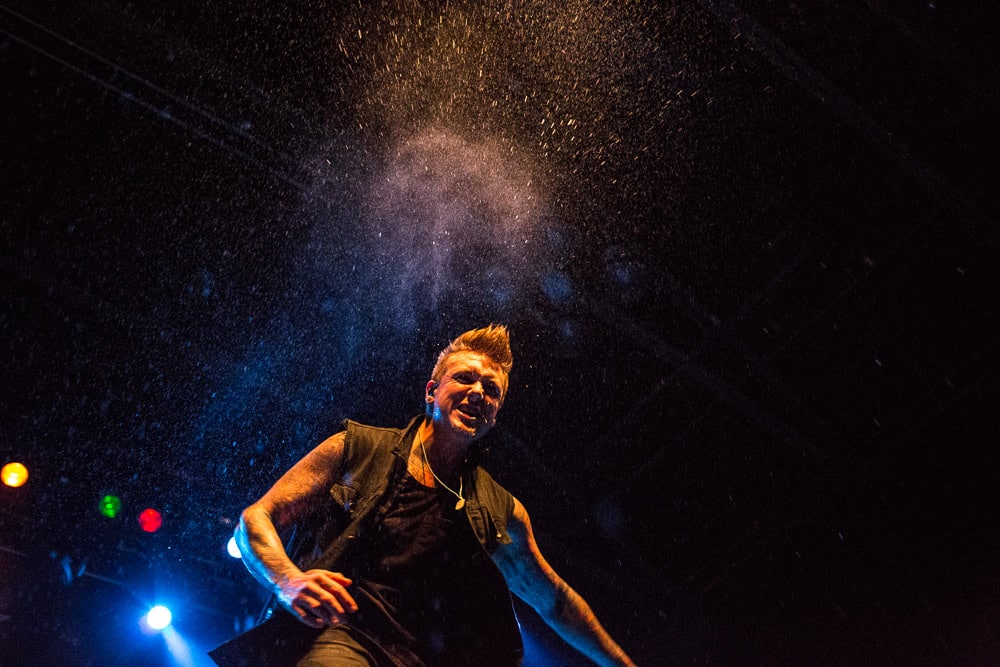 System Of A Down bei Rock am Ring (Foto: Kirsten Otto)